Skip to content
Supporting the Arts while you sleep

This sleep-in installation by artist Mark McClure has bold coloured patterns and panels that spread across walls and ceilings. It has a second life at night when the interactive light installation – which you can change via touch sensitive panels – transforms the dark room into a celestial light show from gentle phasing to full on frenzy. Or you can switch it off, pull the curtains and enjoy extreme blackness.

It has a super comfy king size bed, Smart TV (that you can mirror your own screens on), a sea-view reading area, original exposed brick walls as well as a porcelain tiled bathroom with shiny German and Swedish fittings. Its own dedicated free superfast wifi. 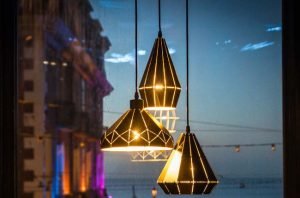 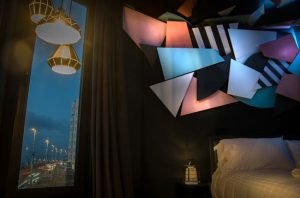 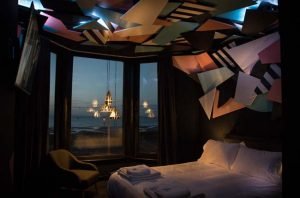 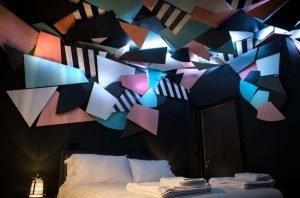 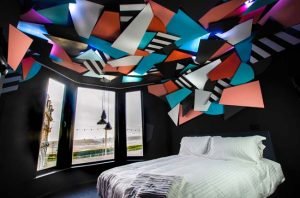 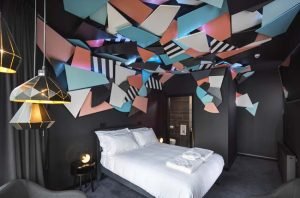 With a background in visual design and working with wood, paint and other materials, Mark collaborates with interior designers, architects and public bodies to bring his bold, geometric works alive in both private and public spaces. 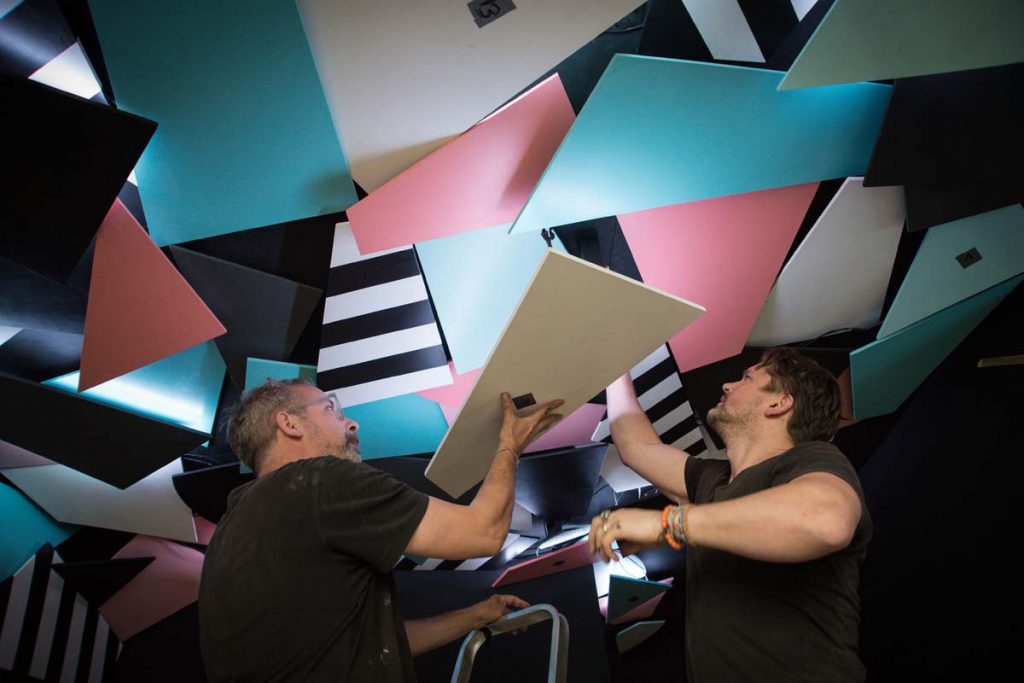 It is also known as the ‘Illumination’ room as it echoes the playful, interactive nature of the amusement arcades and the world-famous light spectacle of Blackpool’s Illuminations. The room brings Blackpool’s attractions indoors: you can interact with the light installation hidden behind the panelling by following the artist’s instructions card; you can set the inbuilt alarm to wake up with your own lightshow; and the outside world can even trigger a brief lightshow by tweeting!

It is the only hotel room where you can actually be part of Blackpool Illuminations right outside your window (if you keep your curtains open).

Mark McClure is an artist and designer based in London. He has completed a variety of public and private commissions including the striking hoardings around London’s Olympic park in 2012. He embraces bespoke surface design alongside public art, sculpture and gallery works, all in his bold, geometric style.

His work builds on the idea of a graphic landscape, drawing on the structural shapes of the built environment and combining them with graphic motifs such as signage, letterforms, chevrons and other markings. The result is his own unique distilled visual language.

Artworks created with this simplified palette of shapes and motifs reflect the architecture and shapes of the spaces they inhabit – often with murals complementing and wrapping around the shapes that inspire them.